Should the police silence protests against MPs? 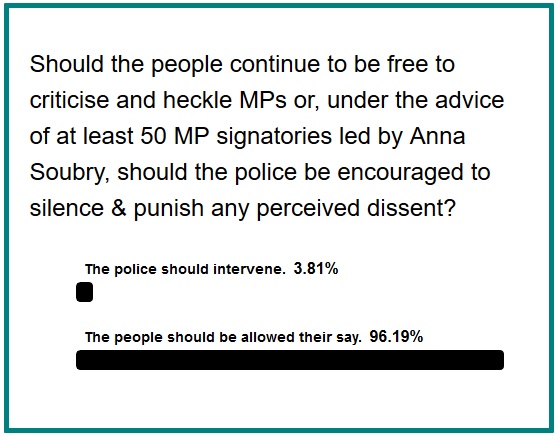 The eighth Time Party poll ran from the 8th of January until the 17th. The poll was inspired by MP Anna Soubry’s campaign to silence protestors outside the House of Commons and pursue legal action against anyone calling her names. This action was taken suddenly, given the far worse abuse her colleagues and counterparts on the other side of the argument had been suffering from for years prior to her action. The Time party sought to gauge the public’s perception on whether or not it was appropriate for police to silence such protests, or whether people should retain the right to criticise MPs. The people voted overwhelmingly against the crack down on free speech.