Should we prioritise HS2 ? 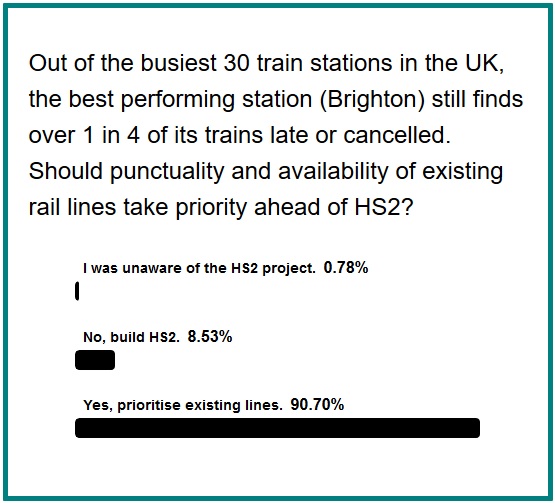 The seventh Time Party poll ran from the 13th of December until the 23rd. The objective was to ascertain where the public believed priorities should lie with regard to rail transport spending. Less than 10% of our voters wanted to see the HS2 project continued, with the vast majority preferring improvements to existing lines.