Britain's growth & prosperity is held back by relaxed global attitudes to copying, often tacitly endorsed or even assisted by Chinese and Asian governments [other nationality thieves are also available]. 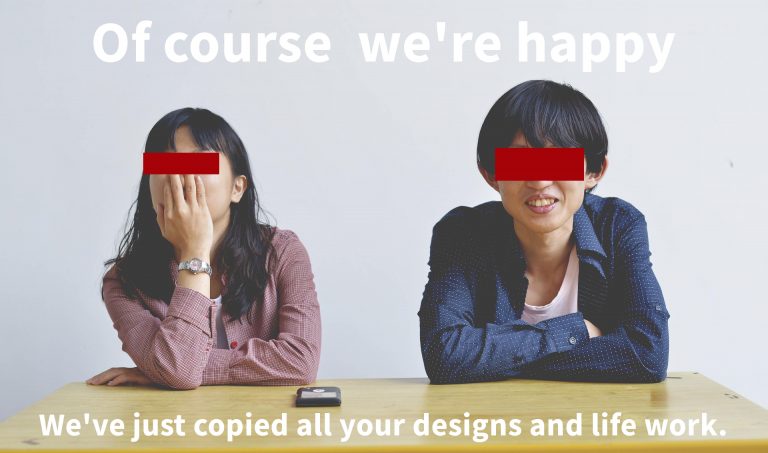 IPR is not just an issue for the big boys

It is widely recognised that small businesses are the life blood of the United Kingdom, employing a large proportion of the working population. Many of these small business are manufacturers, and many of those businesses are exporters. Innovators all start somewhere, and while those in the UK who develop cutting edge technologies, and innovative or unique products face the same administrative burdens that hinder growth, they also face the problem of Intellectual Property theft.

While organisations exist within the UK to support businesses suffering IP theft, those who deal with the Far East will be all too familiar with the industrial scale copying and IP theft that has occurred in the region for decades. Companies who send their designs out to exploit the benefits of low cost production, as well as those who sell their completed products from the UK into the region find that industries at every level in the Far East will manufacture direct copies themselves and offer them for sale through the major web outlets.

The subject of Intellectual Property theft was a major issue during the negotiations for a trade deal with China under the Trump administration. While previous Presidents had been content to turn a blind eye to the problem, it became a major issue when the figures showing the cost of this activity to the nation came to light. In the US it is calculated that the country loses around $225bn in revenue as a result of IP theft, while the figure in the UK is estimated to be in the order of between £13.6bn and £23bn. These simplistic figures do not take into account the greater cost of lost jobs and failed businesses that result from IP theft.

It is not just companies that perpetrate and benefit IP theft, since many of the products related to security and defence find themselves in the hands of foreign Governments too. The laws and treaties protecting companies from IP theft are complex, and the cost of patents high for SMEs in the UK. It is not unusual for companies to find photographs of their own products on Chinese websites, offered at knock-down prices as a direct result of IP theft.

What is urgently needed, is for each UK Embassy in the region to have a single staff member dedicated to supporting small businesses and the IP transgressions that they highlight. Of course in China that role may require more than one, but being able to raise the issue at Governmental levels will amplify the voices of the victims to a level that would have an impact. The issuing of regular bulletins from the UK Embassy that highlight the offending companies will provide caution to other small businesses in the UK, and apply pressure to host Governments to control the theft. Direct contact with the relevant trade minister in country will also emphasise the importance of the issue, leading to its curtailment.

If a specific example is needed, my own business finds that photographs of our products that were designed, built and photographed in our own factory, are to be found on several Chinese company websites. After several years of successful supply of our military aerostat to the Government of South Korea, we found that as orders for our system stopped, they were purchasing an exact copy of our product from a local company. the production of which was only possible if they had been given a sample to copy.

As the UK comes out of the Covid crisis, and faces the challenges of Brexit, we need to fight both for the integrity of our products, and for those businesses least able to afford the very high cost of protecting their IP at an international level. The Government needs to show itself willing to support the very engine of growth for international trade, something that successive UK Governments have failed to do.

Base image by tookapic from Pixabay