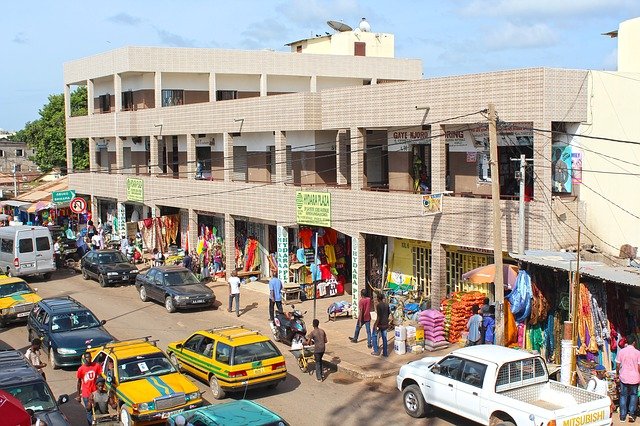 Constantly, I write about UK bilateral trade with developing countries. Yet the UK foreign aid budget now amounts to some £14.5 billion a year.

The ‘aid’ industry is very prevalent and powerful in Africa, for example. I recall a specific occasion in The Gambia in the early 1990s …

In conversation with a university-educated Gambian (let’s call him ‘Jawo’), he described how, when representing a foreign religious outfit with a presence on the ground in The Gambia, he had been sent ‘up-country’ to check on the well-being of the inhabitants of a distant inland village. On arriving, Jawo was disturbed to discover that the locals were reduced to walking several kilometres daily to a neighbouring settlement for water, as their own village’s two wells had run dry. He went to see the Alkala, the village chief. Jawo described his task was to instil the village youth with discipline, timekeeping and teamwork by assembling two football teams, but that the plan would never work without water in which to wash the boys and their kit. He asked if he could get the two teams to dig deeper in the two wells. The Alkala was dead against the idea. He said that if the village waited longer an aid agency would come and they’d sort it. He clearly had some sort of personal benefit in mind. But Jawo persisted and eventually the Alkala conceded, stressing that if Jawo went ahead he’d do so without his full agreement. The football teams set to work enthusiatically on deepening the two wells. Sure enough, after a while, water was struck in one of the wells and, at long last, the village could move forward as a community once again.

Foreign aid, in my opinion, is a demeaning, post-colonial device that fosters dependence. While trade is an empowering process that lifts developing economies out of poverty, boosts employment, and encourages self-respect.

Abolish the UK foreign Aid budget (fixed, can you believe it, fixed at 0.7% of UK Gross National Income), and replace it by two things:

(1) an Emergency Aid budget on standby to assist with unforeseen catastrophes, and

(2) a deliberate programme to seal bespoke, bilateral free trade agreements with as many developing countries as is humanly possible.

Image by Isaac Turay from Pixabay