Brazil is the largest economy in South America. Why isn’t Brazil considered a developed country yet? 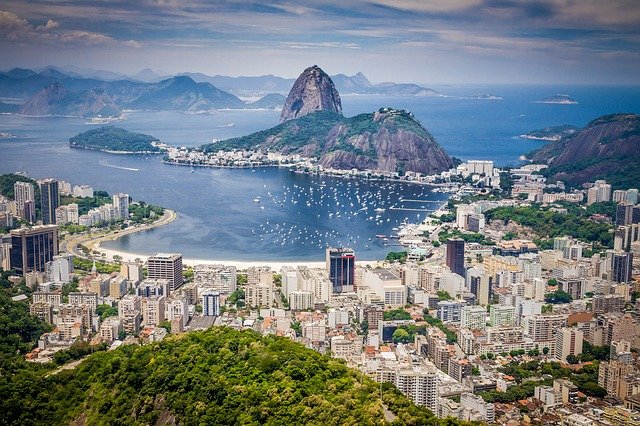 Why Brazil is not a developed country? It has several characteristics, such as the fact that it is the largest economy in South America, but it is still considered as developing due to its low GDP per capita, low living standards, high infant mortality rate, and other issues.

Brazil was praised (along with Russia, India, China and South Africa) as one of the Brics powers - one of the emerging economies with super-fast rates of economic growth that would surpass developed economies by 2050.

The economic performance of this decade, however, suggests Brazil does not belong in that league.

I completely agree with John H Coatsworth who is Monroe Gutman Professor of Latin American Affairs at the David Rockefeller Centre for Latin American Studies. He has explained the following:

Brazil is underdeveloped because its economy failed to grow or grew too slowly for most of its history. In the colonial era, sugar, gold and slavery did not create a dynamic economy. In the mid- eighteenth century, Brazil’s economic backwardness worried its Portuguese rulers, but not even the great Pombal, as historian Kenneth Maxwell has shown, could not make good policy substitute for good business. At the time of independence (1822), Brazil had one of the least productive economies in the western hemisphere, with a per capita GDP lower than any other New World colony for which we have estimates.

After independence, while the industrial revolution gathers steam elsewhere, imperial Brazil stagnated, growing at a mere 0.2 to 0.3 per cent from 1820 to 1870. By the time slavery ended and the empire fell (1888-89), Brazil had a per capita GDP of less than half of Mexico’s and only one- sixth of the United States. Even when the end of slavery (1888) stimulated massive immigration, the economy failed to grow consistently.

Then came the turnaround. From 1913 to 1980, Brazil experienced sustained growth, interrupted only briefly in the early years of the Great Depression, at nearly two per cent per year from 1913 to 1950 and nearly four per cent from 1950 to 1980. In this period of nearly seven decades, Brazil had the fastest growing economy in the western hemisphere. Per capita GDP increased over eight hundred per cent, from $678 in 1900 to $5570 in 2000, measured in 1990 dollars. Brazil’s economy gained on the U.S. economy, rising from only ten per cent of US GDP per capita to over 20 per cent.

Brazil’s long era of economic growth ended with the crisis of 1982. For the past quarter-century, the Brazilian economy has barely grown at all. It has occasionally spurted ahead, as in the past three years, but has fallen back each time it does so. Unfortunately, Brazil cannot turn the clock back and restore the conditions and policies that spurred growth up to 1980.

Why has Brazil grown so slowly for most of its history? Economic historians point to three kinds of answers:

Geography is the easy part. Most of Brazil’s valuable (that is, tradable) natural resources were too far from potential markets for profitable exploitation until the late nineteenth or twentieth century. For example, the major export of the colonial era, sugar, had to be produced within 15 miles of a port or navigable river. Without railroads or lorries, most of the country’s agricultural lands lay fallow. The huge Amazon river system flows through vast tropical forests with thin soils that lack nutrients, but there are practically no navigable rivers running where export crops could be produced without modern fertilisers. Brazil has a long coastline, but few protected harbours. Without railroads or lorries, the only colonial “crops” produced in the interior were cattle and slaves that walked to market and gold that had a high value to bulk ratio. Even with modern transport technologies, the investment needed to build railroads, highways, and airports proved to be enormous. And in many regions, the environmental costs of destroying forests and using chemical fertilisers have outweighed the economic benefits from doing so.

The institutional obstacles to Brazilian growth fall into three main clusters: slavery and its long after effects, excessive centralism before 1889 and too much federalism thereafter, and a persistent failure to define and effectively protect human and property rights.

The legacy of slavery can be seen in many aspects of Brazilian society, but the greatest damage to the economy came from the failure to invest in human beings, that is, in the education and training of slaves and their descendants. Until recently, Brazil not only lagged behind the developed world but much of Latin America in developing its human capital. A big part of the educational gap came from the failure to invest in schools for the children of poorer citizens in states, cities, and neighbourhoods where the Afro-Brazilian population predominated.

Excessive centralism in the nineteenth century prevented municipal and state governments from borrowing abroad, or at home, to invest in needed infrastructure, such as road, ports, railroads, utilities, schools, and hospitals. After the centralist empire fell in 1889, excessive federalism magnified regional inequalities in public investment and the distribution of public goods. For example, literacy rates were low under the empire, but the gap between wealthy Rio de Janeiro and poor, predominantly Afro-Brazilian Bahia was small. Republican federalism left education and social policy to the states, where the wealthier south did well and the poorer north and west did not.

Modern legal codes, judicial protections, civil rights, property registries, and other essentials for economic growth developed slowly and imperfectly in 19th and 20th century Brazil. In many parts of the country, even today, the police abuse citizens with impunity, property rights are ill-defined and poorly protected, and the costs in red tape and regulatory compliance of doing business, for enterprises large and small, is exceptionally high by world standards.

Finally, the government policies that have contributed most to stagnation are those that have privileged established interests over competitive efficiency. Such policies have included excessive protectionism, a regulation that discourages entry and blocks competition, fiscal and expenditure policies that exacerbate regional and social inequalities, and a lack of public investment and incentives for private effort in scientific and technological development.

At the dawn of the twenty-first century, Brazil’s economy has the potential to explode into rapid and sustained growth, despite this long list of inherited problems.

Modern technologies in transportation, communication, and production have already overcome many of the constraints of geography. The new issues that Brazil is confronting have less to do with how to overcome great distances and more to do with where and how to develop natural resources in ways that do not damage the Brazilian and the global environment.

Some of the institutional impediments are also disappearing. As democracy takes root, politics is coming to focus more and more on serving the public and citizens' expectations have risen with each new step forward. It will also help that for the next few decades, a higher proportion of Brazil’s population will be old enough to work but not yet old enough to retire, so less will need to be spent on building new primary schools and more efforts can be focused on increasing quality and retaining students in school longer. There is still time to reorient public health care to serve an ageing population before today’s population boomers all retire.

With the technology available, democracy consolidated, and demography cooperating (at least for now), it may be that all Brazil lacks to achieve a new era of sustained economic growth is a modern state and governments sufficiently coherent and competent to do what is needed. Three areas to tackle seem especially important.

The first is the persistent social, ethnic and regional inequality that makes income distribution in Brazil one of the most unequal in the world. High rates of poverty, chronic malnutrition, and preventable disease are a serious drag on the economy. If the World Bank is right, every ten- percentage point increase in poverty lowers economic growth by one per cent. By this measure, Brazil could boost growth by 2-3 percentage points per year by eliminating poverty.

The second is the widespread and costly insecurity of civic and property rights. At the bottom of the social ladder, where insecurity is most pervasive, the lack of effective legal protection exacerbates social inequality. In economic life, the cost of protecting life and property acts as a huge drag on productivity.

The third is the cost and inefficiency of the public sector. It takes an average of 152 days to register a business in Brazil; the world average is 48. Transparency International ranks Brazil 62nd out of 158 countries in perceived corruption. Public-sector pensions divert resources from needed investments and services. Some of the regulatory systems and state interventions leftover from the pre-1980 era continue to impede competition and greater productivity.

Brazil has been making progress in these and other areas incrementally over the past decade. Keeping inflation down has helped prevent inequality and poverty from growing. Primary education is now available to nearly every child. Poverty programs are supplementing the meagre incomes of millions. Police and pension reforms are on the agenda.

Most important of all, Brazilians have become impatient for further and deeper changes.

Now, in my view Brazil is not a “developing country”, and it is not a developed country either. At about US$ 12,000 GDP per capita, Brazil is considered a “middle-income” country and an emerging economy, which has been heavily affected by the Coronavirus as well, reason why Bolsonaro does all he can to keep the economy going on.

The difference is not only rhetorical but is quite tangible - the World Trade Organisation - WTO - allows countries identified as “developing countries” a few benefits, such as aid and lower tariffs from developed countries. This means that Brazil technically can take advantages by keeping itself under that category whilst it is working in its development.

So, the question should probably be rephrased as: “Why isn’t Brazil a developed country yet?” - and the answer is complex and it covers as explained above many aspects. Why is Brazil growing at mediocre rates, and not the relatively high rates of other emerging countries such as India and China? It has to do with:

All of which contributes to inhibiting investment, and it is by tackling those aspects that Bolzonaro could put Brazil on the right track.

Image by Poswiecie from Pixabay